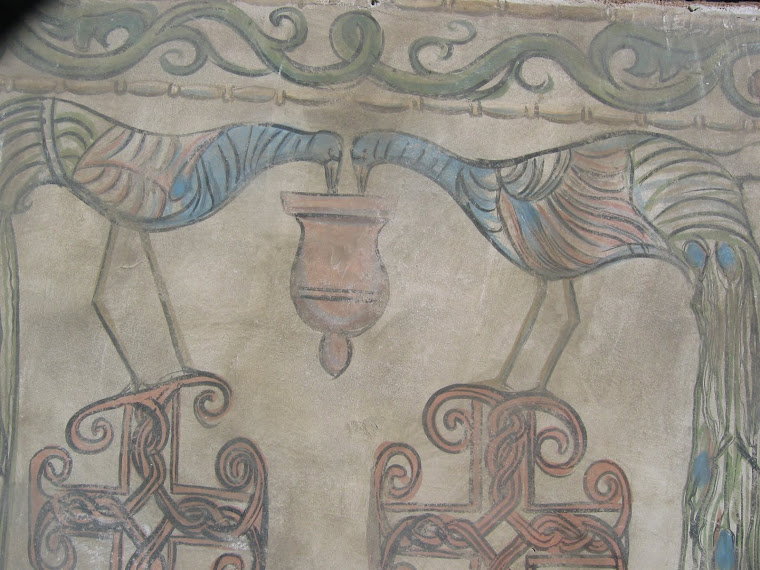 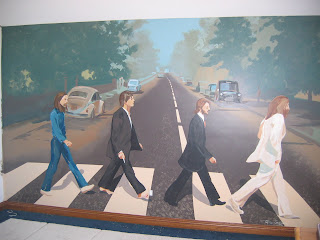 Here's a one day mural I did in Frankenmuth for a good customer of mine. I used a projector to get a rough drawing which I then painted the drawing in black. I like to use rollers to build depth and I'm pretty good with blending colors with them. (you just have to keep the wall wet with a spritzer)
You know, I never really looked close at this album cover, but Paul is barefoot, and John's shoes are dirty white tennis shoes. On the street's sidewalks are people looking their way wondering what's going on. John's portrait was easy--since his hair is all you see! I had trouble with all the other's faces because I was in a little hurry. Usually it takes a certain amount of time per face, and if I spend less than that, it looks rough--and unfinished. You really gotta build up the face's mass to make it convincing and you gotta paint with decisive marks when finishing it. Lots of times, I'll skip the drawing and just draw it in paint, especially when I'm in the groove. 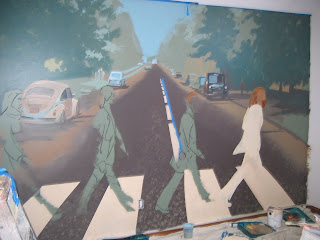 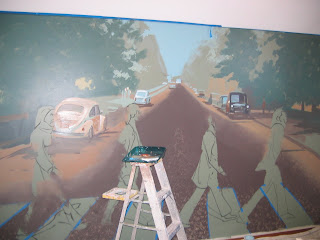 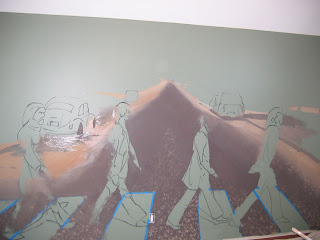 Posted by gregg bugala at 6:12 PM No comments: 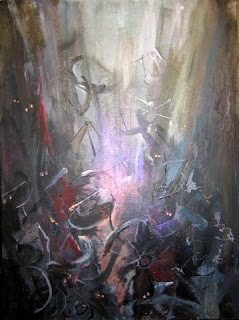 This is a re painted image I originally drew when I worked at Matt Assenmachers shop.
In the basement of his shop, was a large bicycle box full of junk bike parts and lots of fenders. It may still be there. We called it "fender hell." (this was when I was in my 20's) We the employees had a funny theory that the box was a spiritual "heart" of the bike shop, where the tortured souls reside. You didn't want to go to that place because your soul was in danger there. So I jokingly did a drawing which I hung up in the back part of the store, titleing it "rising from fender hell"
After I left the shop, I realized the painting was a metaphor for my eventual departing from the bike shop into a career as an artist. There was a "resurrection" that took place when I finally did quit.
So when my friend Lee Franz left the bike shop after 20 + years, I gave him one of these at his farewell party- which made him laugh. Then another guy I worked with at the shop from years ago, Dave Manges, actually hired me to do another version of fender hell which is this piece.
Originally, the painting was just for fun, a joke! When painting and drawing I think it's important to NOT take your self so seriously. Jesus said,"The kingdom of God belongs to such as these (becoming like a child)" I hope he forgives me for poking fun at haunted bike shops!
Posted by gregg bugala at 4:50 AM 2 comments: 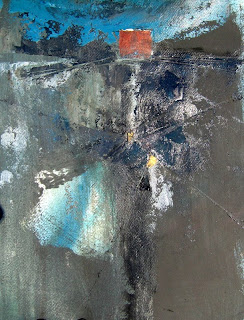 This painting kind of came out of nowhere yesterday...I'm kind of calling it "highway of holiness" (it's a sketch--so it's a little rough) 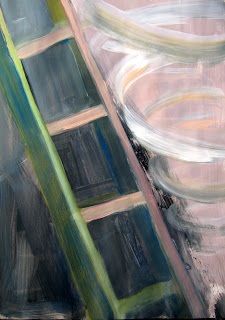 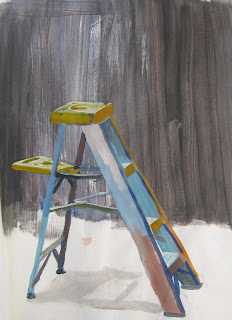 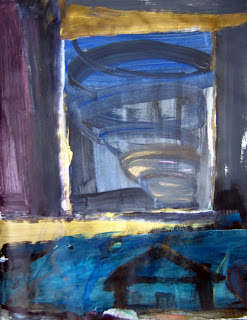 This one was painted after a tornado went by our home 4 years ago. God gave me a vision of the tornado 4 days before it hit.
Three of these are from one of my old sketchbooks, that I worked on some more. They're at least 3 years old. I alway see different things in them after they've been left alone a while. This is the artist's way.
Posted by gregg bugala at 6:08 AM No comments: 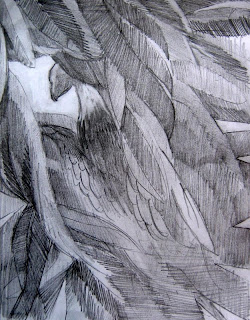 This image was the picture God was giving Becky and I at church and thru the weekend. Saturday, we saw a bald eagle fishing for bass in front of our house about 50' away. This bird was huge! I know eagle pictures are common and most artwork attempts to "patriotize the bird so much of the time. On sunday, I prayed for a different perspective and this is what I got. I may have to try it in watercolor soon.
Psalm 91:4 "He will shield you with his wings. He will shelter you with his feathers..."
Posted by gregg bugala at 7:09 AM 1 comment: 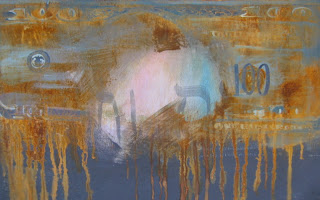 Here's an idea...I had in my head this last week. Still trying to figure out technical painting issues 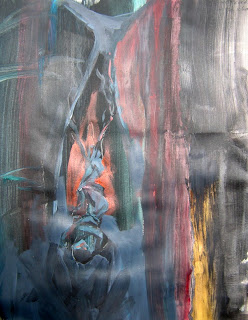 Some of Jonah story. This image has been in my mind for a long time.
Think of Jesus descending into sheol
Posted by gregg bugala at 10:55 AM No comments:

I've decided to enter artprize 2011 this year! The last few years have been hard for my family and I. Financial struggles, and moving 3 times in one year took it's toll. Entering artprize is giving me something new and exciting to focus my attention on. This week, I'm spending time working out some painting ideas, so I'll post sketches of the design progressing. I have some ideas going through my head, and you'll see them as they evolve. I'm not sure of what my entry will be; even subject matter, but I know it will be fun just going through the process to get there.
Posted by gregg bugala at 6:08 AM No comments: